The ocelot is a small, spotted, and secretive cat that historically occurred from the central United States southward to South America. In the United States, ocelots are federally endangered primarily due to loss of habitat – ocelots require dense thornscrub environments to thrive.

Less than 80 ocelots live in the United States and most of these live on private ranches in South Texas. As a result, private landowners are critical to the conservation and recovery of this wild, nocturnal, and secretive cat.

East Foundation is one such landowner, having photo-documented over 30 individual ocelots on its El Sauz Ranch near Port Mansfield. The remoteness, lack of paved roads, and associated infrequent vehicle traffic help provide habitat for one of only two known breeding populations of ocelots in Texas.

Together with its research partners, East Foundation is collecting data on ocelot population size, survival and mortality, movements and activity, prey abundance and food habits, habitat use, and competition with other carnivores to solidify recovery strategies.

The recovery of the ocelot largely depends on private landowners and the stewardship of their lands. East Foundation is committed to producing reliable research aimed at making this a reality.

For more information or questions contact Tyler Campbell at tcampbell@eastfoundation.net.

Landscape Connectivity for an Endangered Carnivore: Habitat Conservation and Road Mitigation for Ocelots in the US

Multiscale Habitat Relationships of a Habitat Specialist Over Time: The Case of Ocelots in Texas from 1982 to 2017 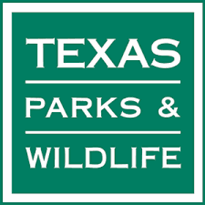